Ode to the Rich

Posted on September 25, 2014 by randyjmueller

Rich Cooper, that is.

Rich has been a good friend and fellow colleague in trumpet for over 20 years. He just visited us, along with his attentive, energetic wife, Paula, for a week of fun and frolic in DC. They were on the move every day visiting the Washington Monument, Natural History Museum, Lincoln Memorial, Hirshhorn, Air and Space, Spy Museum and other sites of this great town. We also enjoyed evenings of leisure on our terrace over a good meal, accompanied by a Gordon Lee CD that we played together in 2004.

Rich entertained us with a few tales about his days with another Rich, as in BUDDY, famed for his hot temper and his public outbursts – a couple of which were aimed at my old friend!

Over the week we heard tales of playing in Australia with Englebert Humperdink, and at the Ohio State Fair with Donnie and Marie. If you Google that one, you will find that Rich played an exceptional Maynard Ferguson! He’s also played with Stan Kenton, Woody Herman, Bette Midler and Toshiko Akiyoshi Lew Tabackin Big Band (among others).

Rich has been through a lot these last few years with his health and this was his first big foray out of the house and across the country for a long vacation. With all the TLC he has gotten from Paula and family, he looked GREAT. The only problem is that I forgot to take any photos of them while they were here, so they sent one from back home in Oregon City. 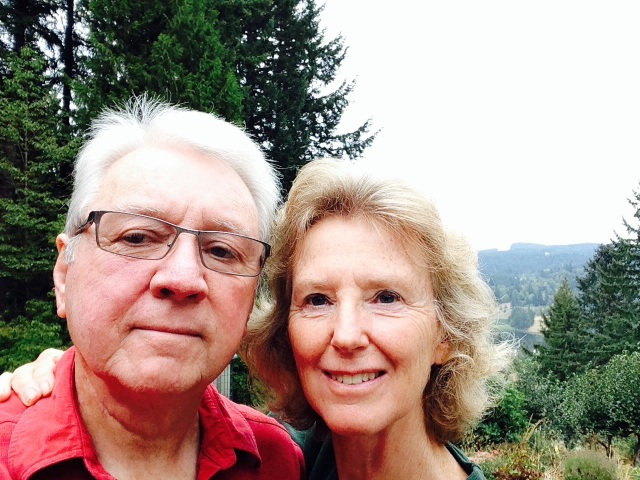 It reminds you that life is short and you had better make the most of it, which Rich has done his whole life. And when you have to give up something you love, then spend time with those you love.