An American in Paris

Posted on September 12, 2015 by randyjmueller

Put on your best tap shoes, subract the rain, and join me in Paris!

Trumpet excerpt from “An American in Paris”

After a lazy cruise on the Canal du Midi, we ended our trip in Paris. Yolanda’s daughter, Ava, joined us for four days of French frolic and birthday fun. As it happened, our neighbors across the hall, Stanton and Pierre, were also in Paris to attend a family wedding. In his very French way, Pierre offered to give us his special walking tour, complete with historical facts, figures and entertaining anecdotes.

We met at Notre Dame, one of the most famous spots in town. We then walked and walked…and walked some more until we couldn’t anymore. It was over 90 degrees – the hottest day of our entire trip. Buy, HEY! We were in Paris!

The Cathedral of Notre Dame

We headed over to Hotel de Ville (City Hall), Pierre’s favorite building. Pierre is smart enough to be the mayor, so I’m voting for him!

The buildings are just so…French:  formal, symmetrical and full of ornamental details. Below is where Pierre wants to live (when he becomes Mayor). We hit one amazing place after another.

The Pompidou Center stands out amongst the classical architecture and was scandoulous when it was built in 1977. Today it houses a collection of modern art and is the center of a gritty, arty part of town. 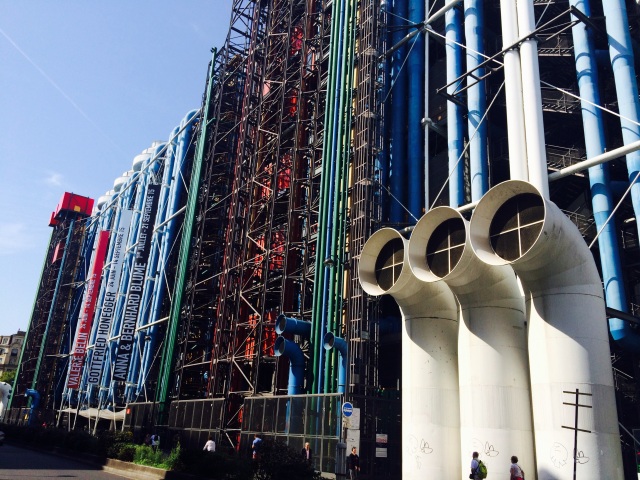 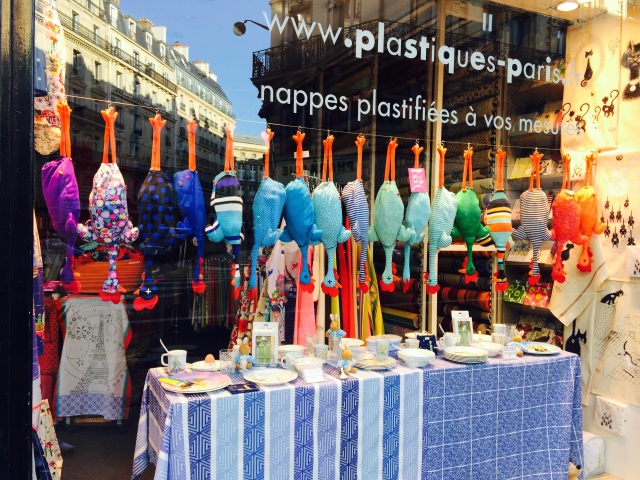 At some point we stopped for a pick-me-up coffee at one of Pierre’s favorite hotels when he is in Paris on business. 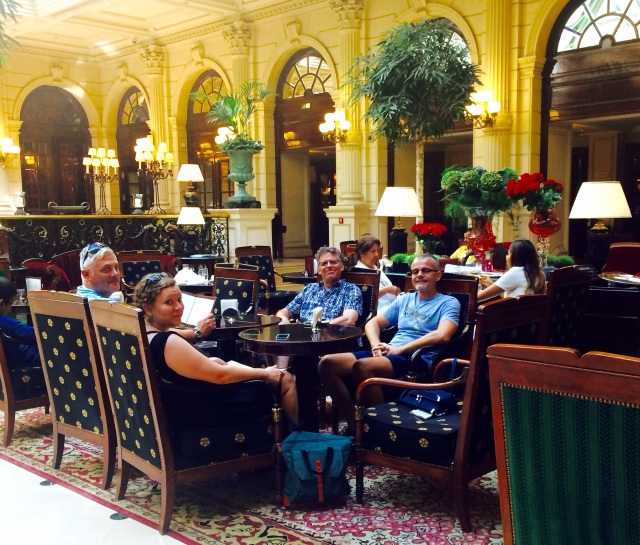 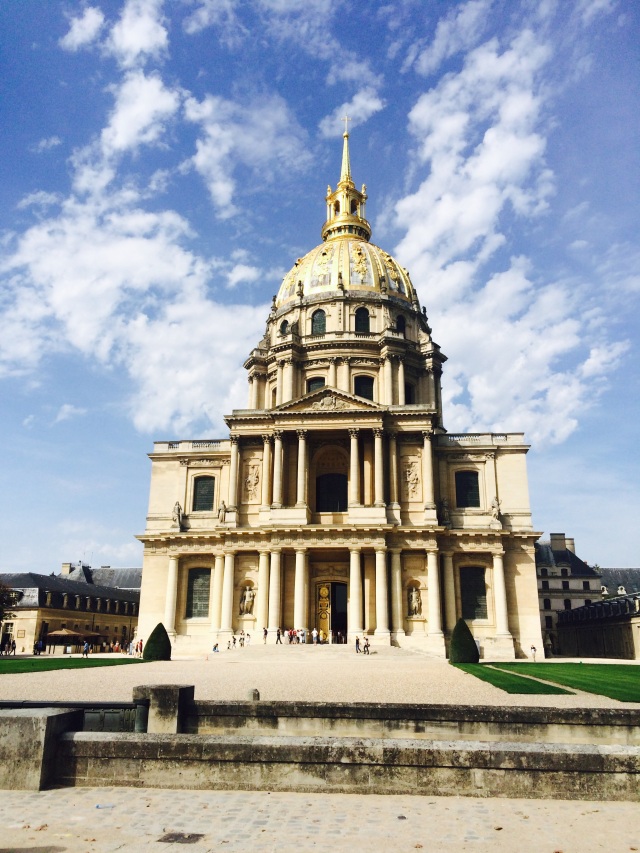 And that was all in day one. We had a fabulous dinner with them that evening and they were off to Ireland. Thanks, guys!

The next two days were a whirlwind of museums, shopping, walking and eating. Not bad! We hit the Louvre, the Pompidou and the Musee D’Orsay. So much art, so little time. 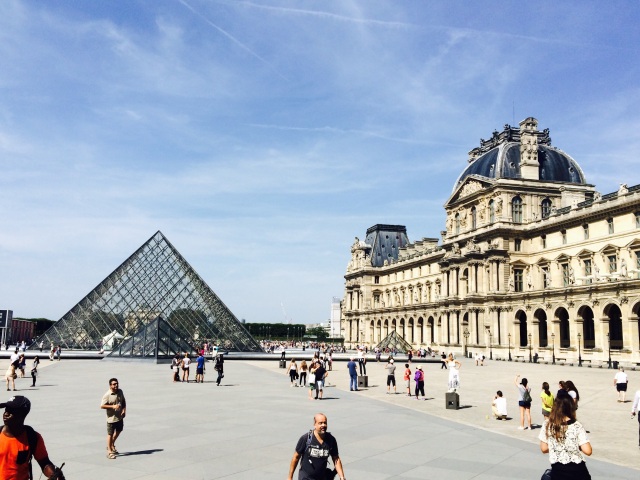 I’m at the Louvre!

The coronation of Josephine 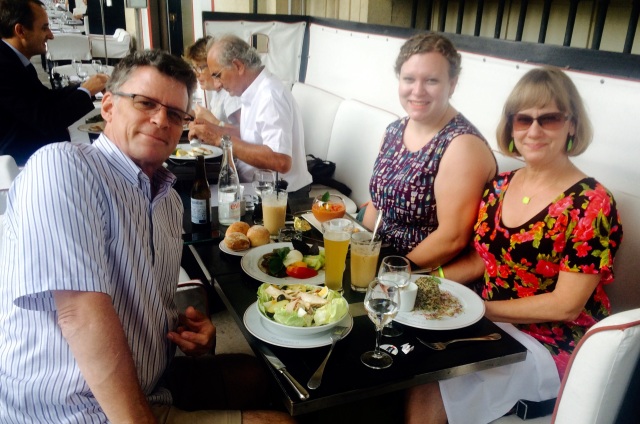 Lunching at the Louvre

Look at those tomatoes! 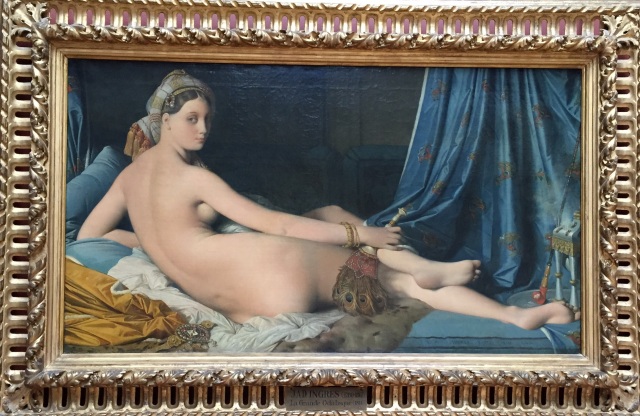 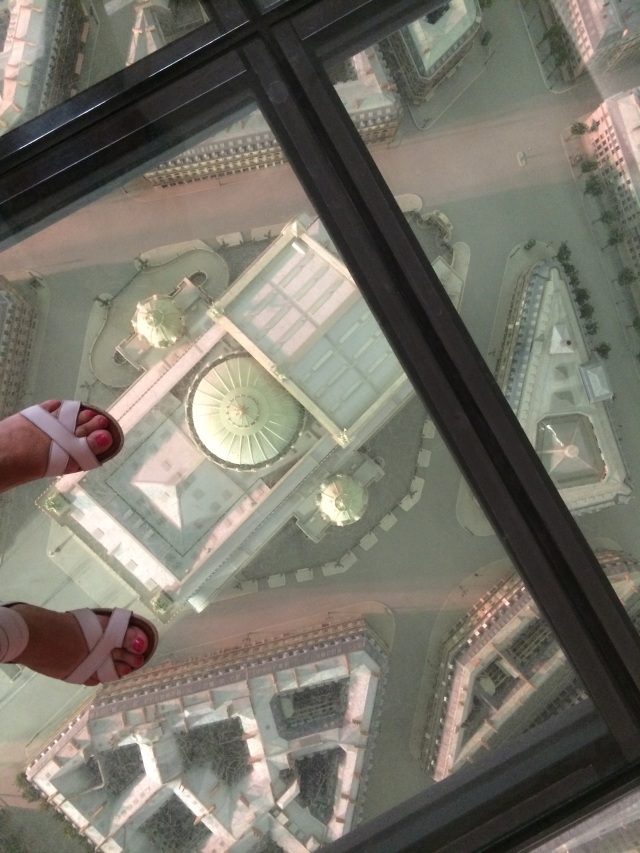 Yo standing over the Opera House

We had a very nice dinner at this little restaurant in Le Marais, the emerging Soho of Paris. This was the “shopping zone.” Dangerous!

The next day was Yo’s birthday, so stay tuned for the Parisian finale!

Trumpet excerpt from “An American in Paris”

Sr. Instrument Repair technician
View all posts by randyjmueller →
This entry was posted in Uncategorized. Bookmark the permalink.