Last weekend Yo and I took Friday off and headed South to Williamsburg, Virginia to visit our friend, Sarah Meschutt, the Senior Curator at the Yorktown-Jamestown Museum. She has been the point person for the design, construction and exhibits for the new Museum of the American Revolution. The sweet irony is that she is a Brit.

We started our weekend strolling through the historic town of Williamsburg, the second Capitol of the British Colony of Virginia, after Jamestown. It is an amazing example of large-scale historic preservation and reconstruction. All the revolutionary celebs were here:  George Wasington, Thomas Jefferson, Patrick Henry, George Mason…and more. 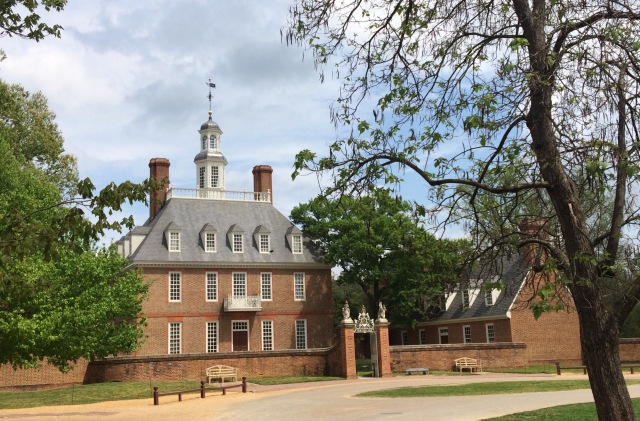 The Duke of Gloucester Street

We were intrigued by the double-wide promenade of the Duke of Gloucester Street, a grand avenue at one time filled with carriages, carts, goods, animals and a colorful mix of landed gentry and common folk. We had lunch in Shield’s Tavern, were spectators at a colonial court hearing (the charge being non-attendance at church), and in an abundance of caution, made an appearance at Bruton Parish Church.

The picture is one of a peaceful little town, yet underneath the surface boils a revolution based on freedom and an evolution of an institution denying the freedom of others: slavery. It’s here in the shadows, back corridors, attics and fields. Over the years it has been allowed to bubble to the surface, but not quite allowed to burst. It simmers.

In the Garden of Good and Evil

Jump shift to the 21st century. We stayed at The Williamsburg White House, an historic B&B filled with presidential memorabilia from our first George to the W, including reminders of a more recent kind of conflict.

On Saturday, Sarah acted as our personal historian. She guided us through a behind-the-scenes tour of the new Museum of the American Revolution in Yorktown, to open this fall. We saw recent acquisitions, including weaponry, furniture and paintings, all in a highly controlled and secure environment.

Museum of the American Revolution

Sarah then took us to the Jamestown Museum, focused on early American settlements, pre-revolution. We were intrigued by the narrative of the conflicts and contradictions of cultures, from the story of Pocahontas to the story of the slave trade. The African tradition of enslaving those whom they captured laid the foundation of their enslavement abroad.

We took a break from history to have a cup of coffee at the campus bookstore. A cranky Williamsburg native engaged us, asking about our visits to the museums. “I’ve lived here all my life and we don’t need a museum about the British.” Or something like that. She is living her own revolution, while her home town economy depends on the very thing she spurns. Did I say conflicted?

On our way home on Sunday we stopped in at Shirley Plantation. The land was first settled in 1614 as a tobacco farm and the Great House was later completed by King Carter in 1738.

Yo at Shirley Plantation 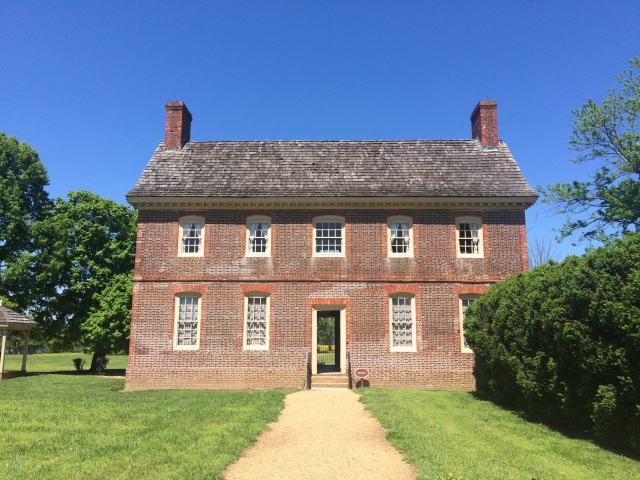 The top two floors of the plantation house is occupied by the 11th generation of the Hill Carter family. We had a tour of the main floor of the house and free rein over the property and its many out buildings. It seemed so odd, and yet so…Virginia. Pride in a great heritage of a great country lives here, along with the ghosts of those who toiled here. We felt proud of our history and at the same time, disturbed by it. I would say, conflicted.

3 Responses to Pride of Place, Conflicted