The Empire Strikes Back, Episode 2

The Empire Strikes Back, Episode 2

Episode 1 left us at the train station in Vienna, having just had my luggage stolen out from under me. The station is clean, modern and full of swanky shops, so my guard was down, and I needed a cup of coffee. Mike, Yo and I were sitting right next to the luggage, and somehow during the coffee purchase, mine rolled away. All my clothes, shoes, money, toiletries…and my pre-fire Warburton 3M, 10 backbore with a 25 throat trumpet mouthpiece, were GONE.

In a stroke of incredible luck or premonition, Yolanda had collected my passport just minutes earlier when she went to buy the train tickets. WHEW!!! So we were off to Bratislava, the capital of Slovakia, albeit in a bit of a funk. 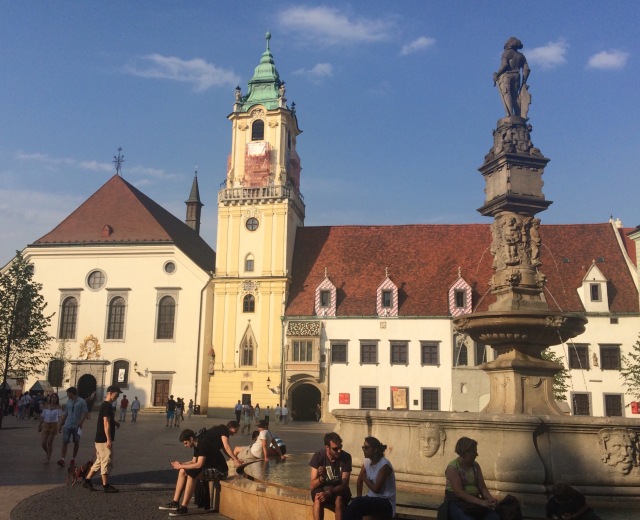 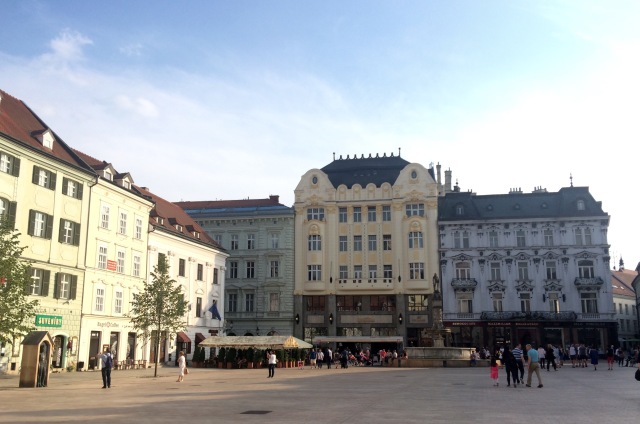 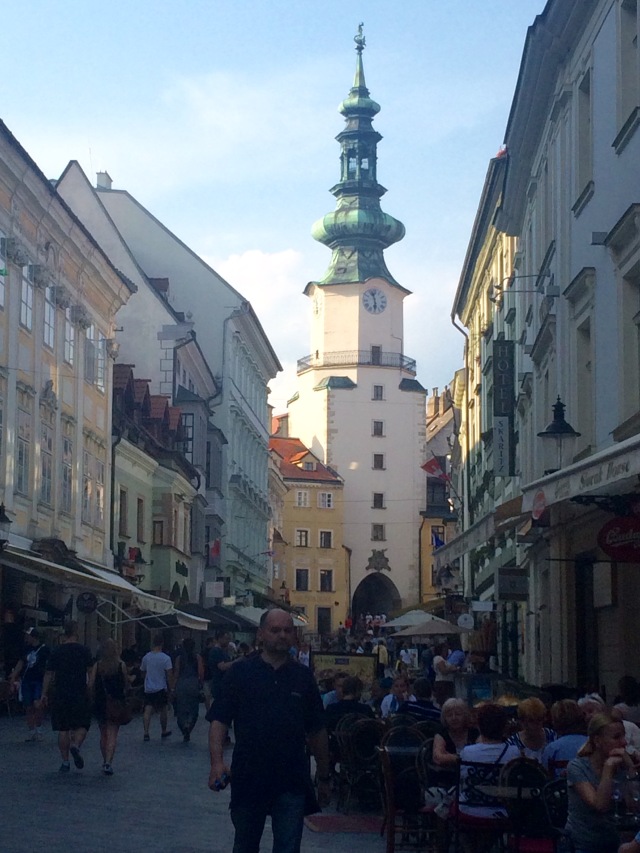 I had never heard of Bratislavia (formerly Pressburg) before we looked at a map of our journey from Vienna to Budapest. It sits on the Danube in between these great cities, and was, in fact, the location of 18 coronations of the Austro-Hungarian Empire, and a favorite spot of the Empress Maria Theresa, who rebuilt the Castle on the hill over the town. 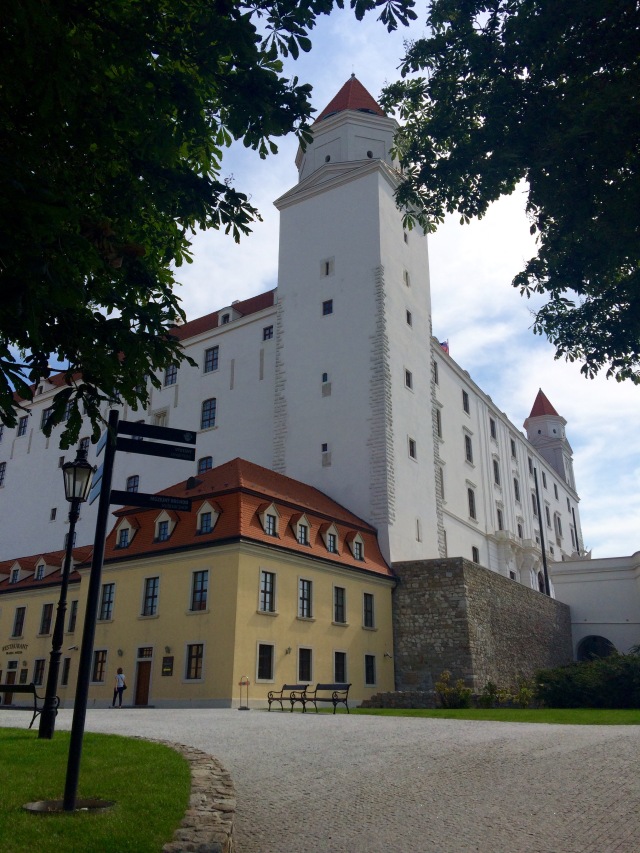 The Castle in Bratislava 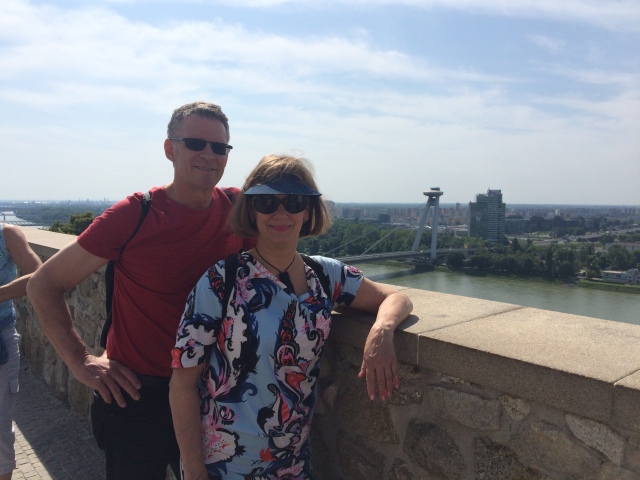 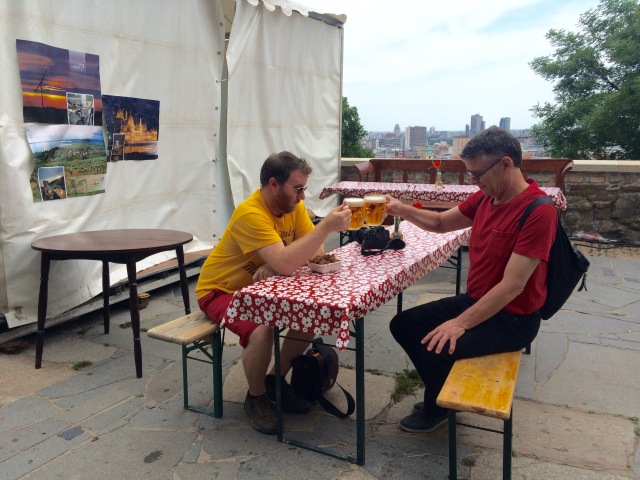 A fine beer at a food fair below the Castle 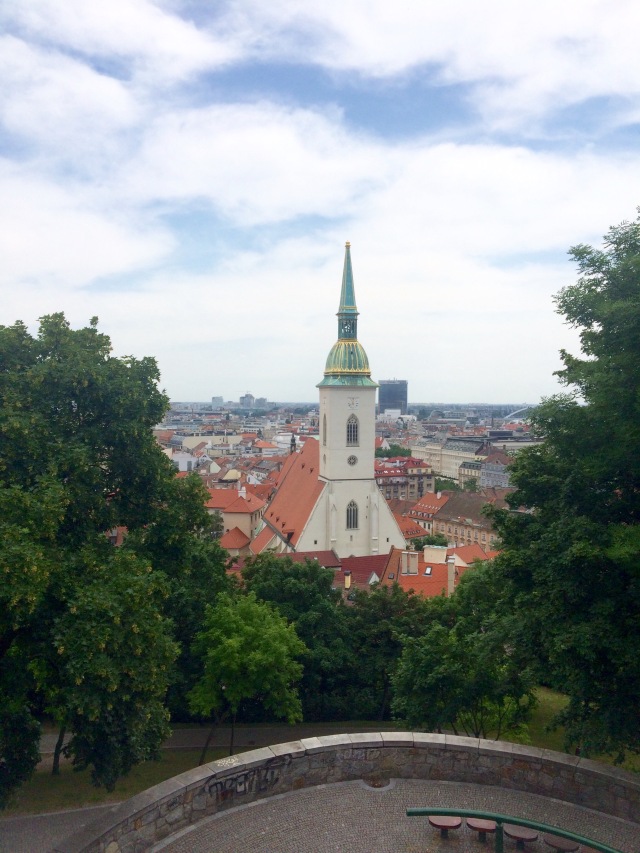 St Martin’s Church (site of coronations) from the Castle

The old town center is charming place, trying to make a break into the world of tourism. Restaurants and bars abound, but taxi transportation is variable and the fares are at the whim of the drivers. We were staying in a beautiful hotel on the hill, and while we could jump on a very efficient bus to get down the hill, getting back up was a challenge at night. 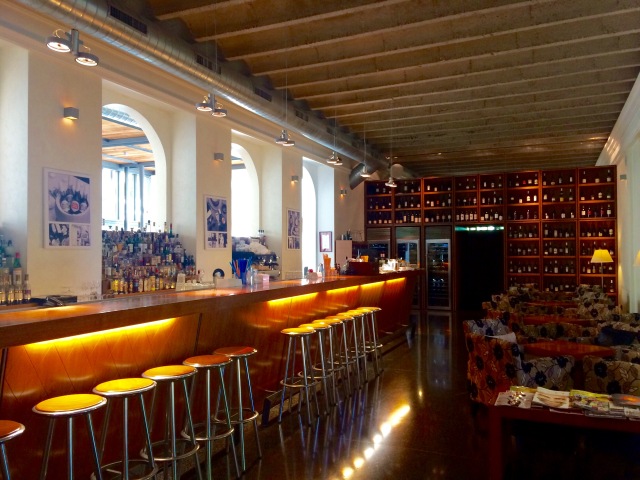 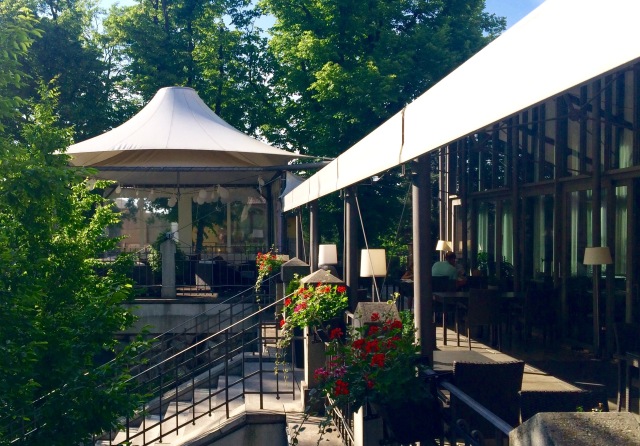 Due to its prime location, many famous musicians passed through Bratislava and played here:  Mozart, Lizst, Beethoven, Haydn and others. Mozart played his first concert for the Empress here at the age of 6. It is said that he hopped up on her lap! Hummel was born here. There is a museum today in his tiny house. 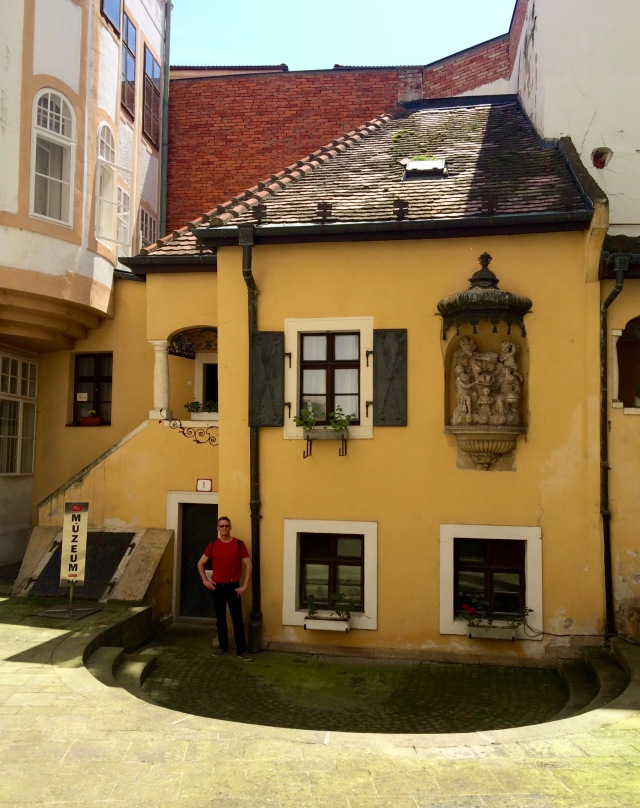 Outside the old town, it becomes Soviet territory pretty quickly. The architecture is blandly bombastic and the streets are eerily empty, with pockets of amazing buildings here and there, like the Blue Church, their prime example of Art Nouveau. It is a high contrast place, trying to find its place in a new world order while hanging on to its former glory. 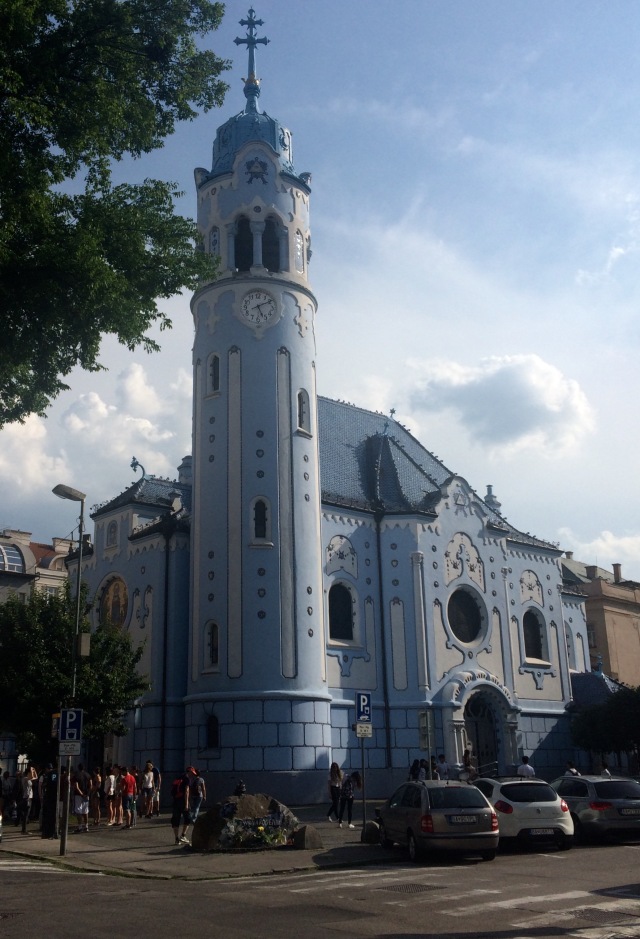 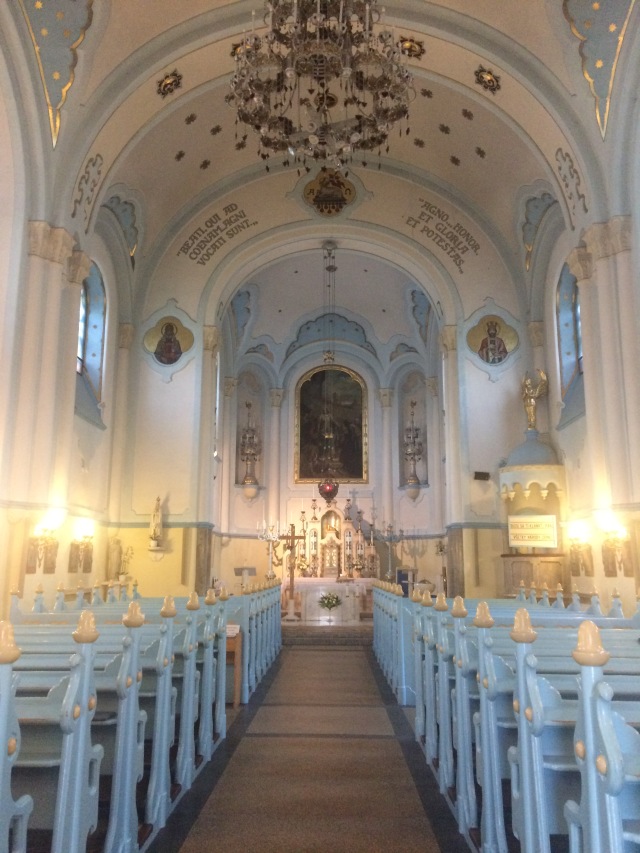 Speaking of Soviet territory, we had an evening of vodka tasting – get this – at a Thai restaurant. The food was surprisingly good and the vodka was even better! 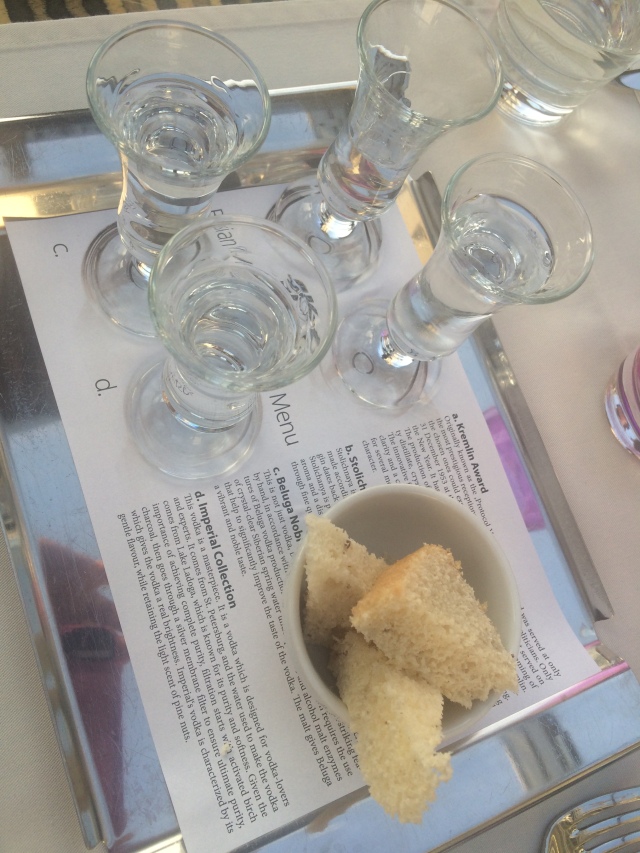 Before dinner, in an amazing moment of exploration, we came upon a small church, and when we peeked in, we discovered that there was a concert that evening featuring the Eastman School of Music Octet. Who would have thought? Great players, great fun. 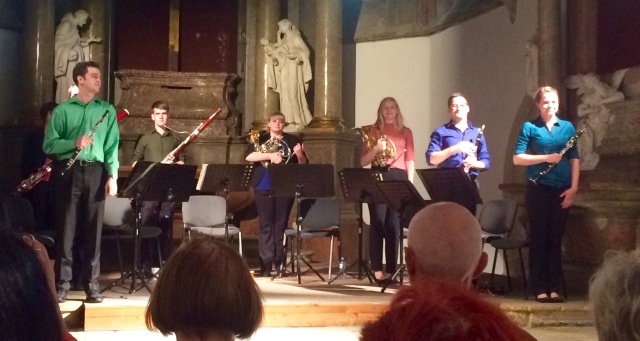 OH, and I almost forgot. Having lost everything except what was on my back, we had to do some quick shopping. You may not be up on the latest Slovakian fashion, but if you need any pointers I can help you out. We went to a Soviet-style department store and loaded up on the latest looks. In another moment of “how can this happen?” In the old town, Yolanda found a shop that had the matching pair of earrings to a very cool necklace she bought in Philadelphia just the week before. Stranger things have happened, I suppose. 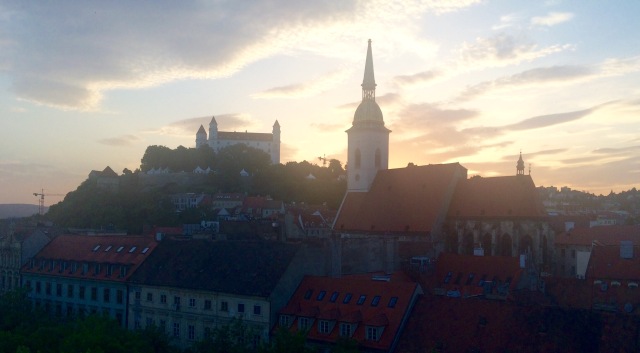 Bratislava at dusk, with Vodka

Two nights and then on to our next destination. STAY TUNED for the finale in Episode 3!