Posted on April 9, 2016 by randyjmueller

Last weekend we went to a concert at the Church of the Epiphany to hear DC’s Different Drummers, of the Capitol Pride Symphonic Band. They sponsor a concert band, jazz swing band, and get this – a marching band! Several of the band members bring their horns to my shop, so I placed my very first ad in their concert program to show my support. There was another artful ad that I dare not show you here, featuring a seriously buff dude wearing…well, almost nothing, for a store called “bite the fruit.” Use your own imagination…or not. 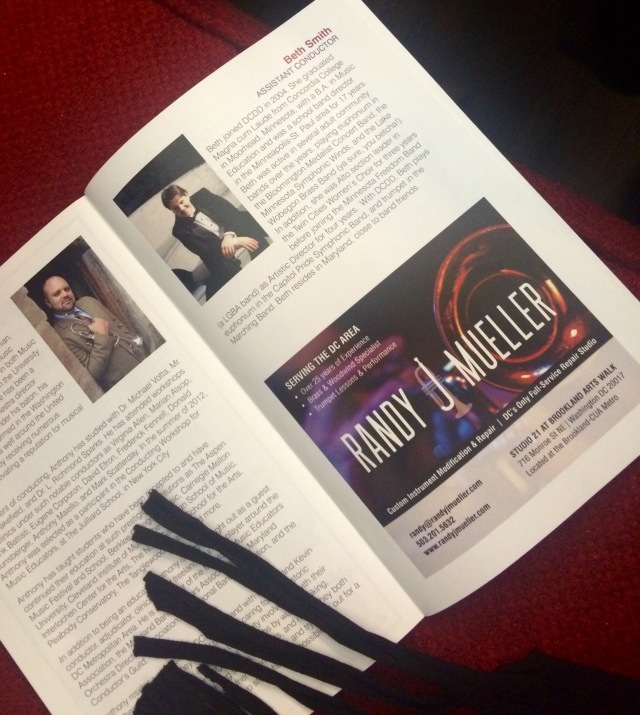 The theme for the concert was a celebration of women, featuring compositions by women or inspired by women. Selections included the contemporary compositions, Fascinating Ribbons by Joan Tower, Zephyrus by Mary Ellen Childs and Carnivali by Julie Giroux. 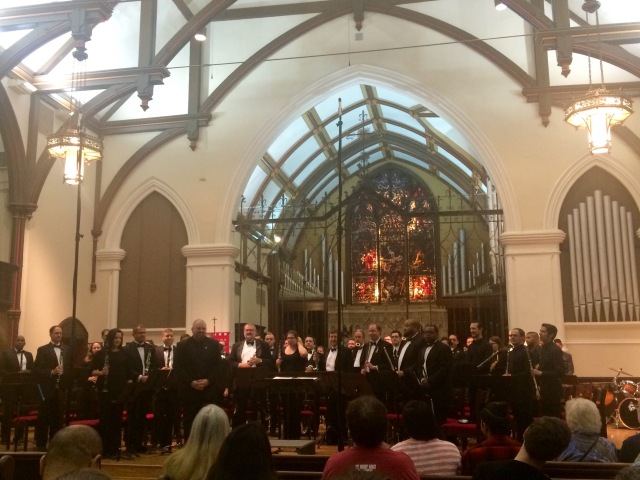 Not so Different Drummers

They also played a few crowd-pleasers like March of the Women Marines, and Shenandoah, then ended the program with John Philip Sousa’s, The Thunder, reportedly his wife’s favorite march.

It was great fun, reminding us of our long-ago days in the band. Yolanda recalled marching on the high school football field in a guitar formation for a rockin’ rendition of Jimi Hendrix’s Purple Haze. I was on the football team (mostly on the bench) AND I played in the marching band, so at half-time I had to do a quick change, then back again to accomplish both. I was much more accomplished at band.

These drummers may march to their own beat, but they’re not all that different when sharing the sound of music. Bravo! Brava! 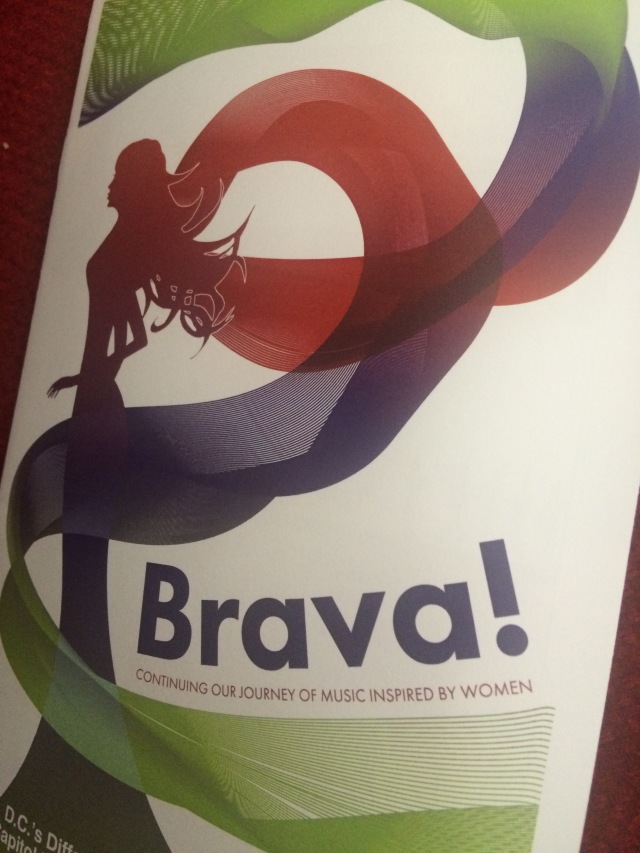