Imagine yourself sitting in an Asian oasis…which turns out to be the home of the Japanese ambassador to the United States. You are sipping a glass of saki and dining on sushi and tempura amongst the well-dressed and well-funded benefactors of the New Orchestra of Washington (NOW). WOW!!! 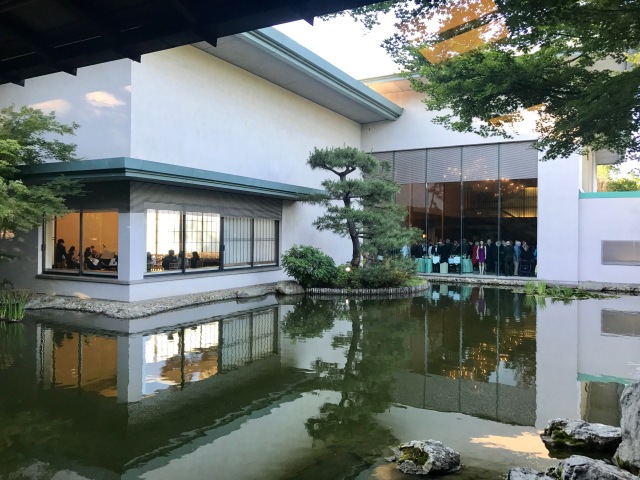 BUT WAIT…THAT WAS ME!
Yo, Bob, our DC Concert Orchestra President, and I attended a concert last night called NOWfest Japan:  One World, One Dream, One Love. NOW is a “flexible ensemble” of professional musicians who come together to play reduced arrangements of great classical orchestral music, newly commissioned works and “genre-bending adaptations.” Basically, they’re awesome. This program was themed around contemporary Japanese music, with the finale being Marimba Concerto No. 1 by Chen-Cheng Lin (b. 1984). 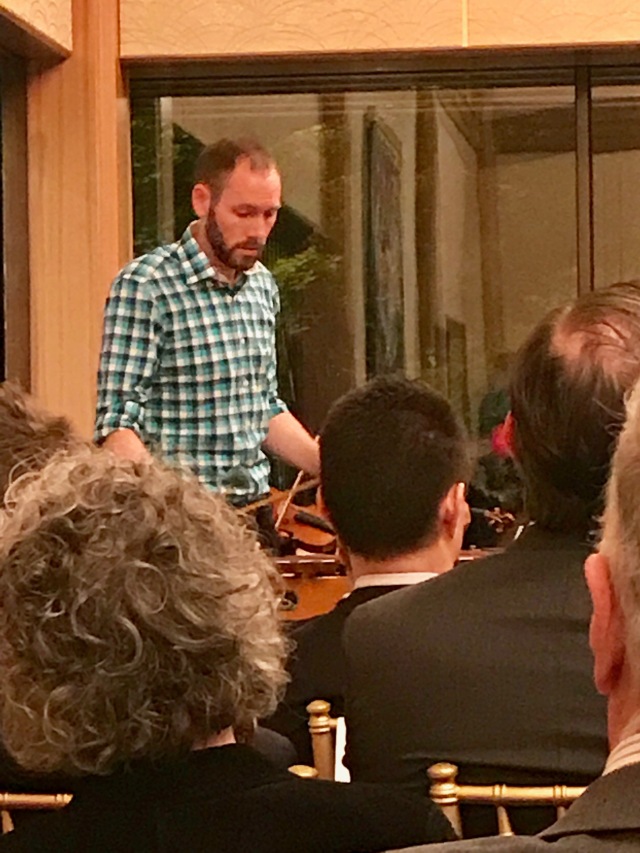 Robert Schroyer’s performance on Marimba gave me goosebumps – twice. We talked to him afterwards and he learned the piece by memory in 7 weeks. I wonder just how many Concertos there are for marimba??? One of the most interesting compositions was Threnody to Toni, Op. 12, by Takashi Yoshimatsu, a tribute to the Toki bird which is approaching extinction. If you close your eyes, you can hear the bird fluttering and attempting to fly…before coming to permanent rest.

It was a great night and we are fortunate to be associated with NOW through our own DCCO. They coach our chamber music groups in master classes and we perform in pre-show settings before their concerts. It’s a great relationship, thanks to President Bob. THANKS, BOB!