Posted on March 4, 2018 by randyjmueller

Theres not much that’s sexy around my shop, but every once and a while, someone comes along and you gotta shake things up! I’m talking about a Yamaha 82Z special order raw brass tenor sax whose owner, Ron Oshima, was looking for a re-pad. I could see that this horn had a lot of potential, and with a makeover, could turn some heads. 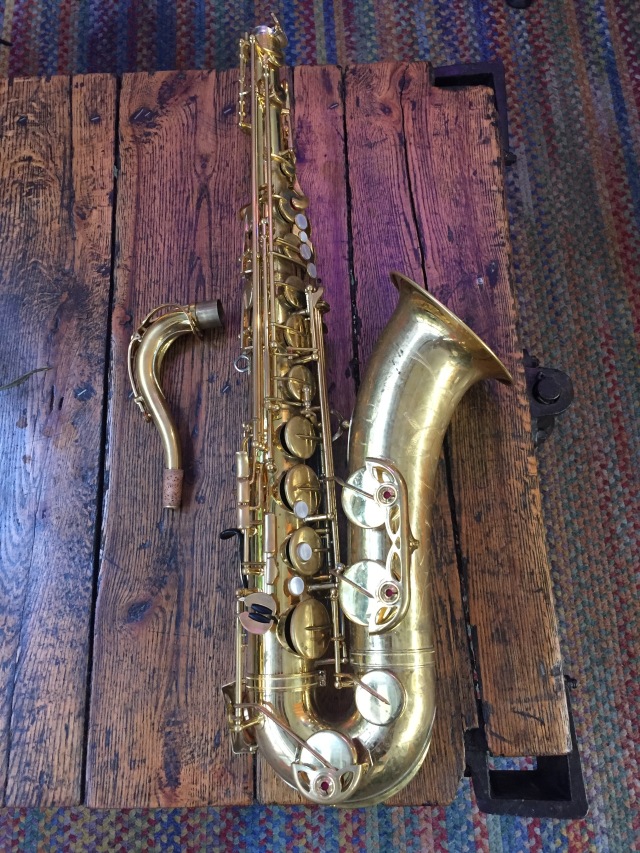 Even though the instrument was new, the original pads were sticking badly. I suggested using Music Medic’s standard tan pads that I’ve used on 5 sax re-builds. The last one was a Selmer Reference 36 tenor belonging to Doug O’Connor of the US Army Band. He heard that soldering the body to bell bow joint would improve the resonance of the horn. These joints on most modern saxophones are glued. As long as we were doing a re-pad, I thought we should try it on Ron’s horn.

In conversation, Ron mentioned that he really liked the vintage look of older horns and wanted to know if I could create a funky look. I suggested we oxidize the body. I tested it out on the neck with a satin brush finish octave key and sent a photo for his approval. It was a go! 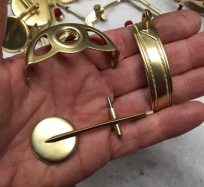 Ron is a really fine free-lance jazz player and friend. When he came to pick up his instrument, he opened the case with a “NOOOOOO WAYYYYYY!!!” It doesn’t get better than that. 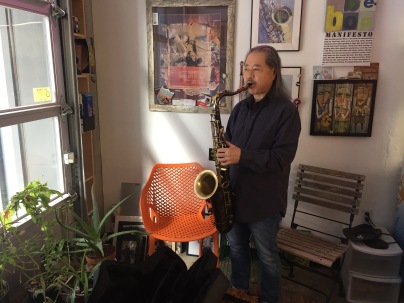 Sr. Instrument Repair technician
View all posts by randyjmueller →
This entry was posted in Uncategorized. Bookmark the permalink.